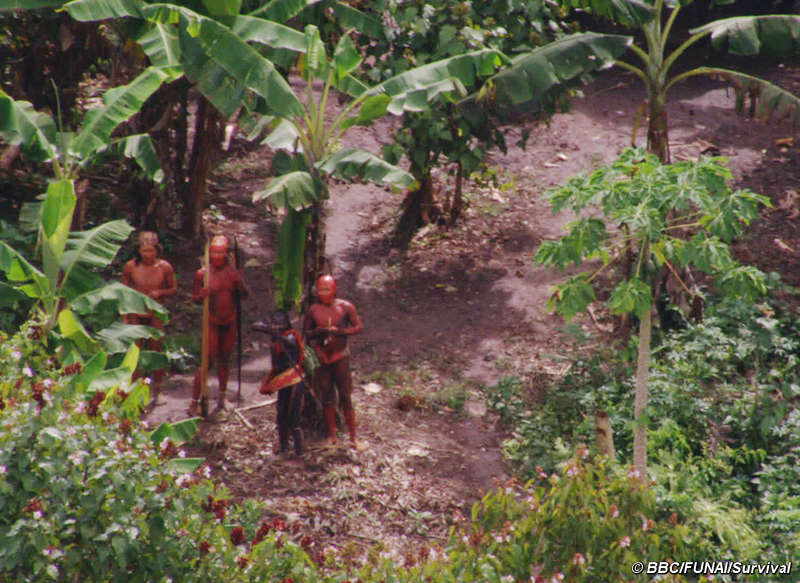 
Ms Anderson said, ‘What comes across very powerfully from this amazing footage is how healthy and confident these people appear. I hope they can be left alone – but that will only happen if the loggers are stopped.’

Global coverage of the story has already pushed the Peruvian authorities into action – they have announced they will work with Brazil’s Indian Affairs department (FUNAI) to protect the area more effectively.

The Indians’ survival is in jeopardy as an influx of illegal loggers invades the Peru side of the border. Brazilian authorities believe the influx of loggers is pushing isolated Indians from Peru into Brazil, and the two groups are likely to come into conflict.

Survival Director Stephen Corry said, ‘The very dangerous future for uncontacted tribal peoples should be of worldwide concern. Gillian Anderson’s help here will draw more attention to it – vital if the world is finally going to call a real halt to the centuries of destruction.’