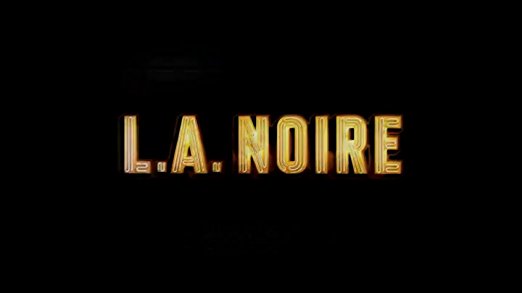 A total of four fresh versions of the film noir hit L.A. Noire are set to be released in November. We take a look at what gamers can look forward to!

A Remastered L.A. Noire Coming to VR and Switch

Rockstar has confirmed that remastered versions of L.A. Noire will be coming for VR and Switch. Four new versions of the 2011 movie hit are set to be released on the 14th of November for Nintendo Switch, Xbox One, Playstation 4, and the HTC Vive.

The Xbox One and Playstation 4 Versions

These two versions will include the original game and all of its downloadable content, DLC, and will also sport improvements to the graphics, as well as enhanced clouds and lighting, original cinematic camera angles, and high-res textures. They will also be able to run at 4K on the PS4 Pro and the Xbox One X.

Unusual Additions to the Switch Version

The Switch version of the L.A. Noire remaster will have added motion controls by means of the Joy-Con, support for the rumble HD, and new over-the-shoulder and wide camera angles. There will also be controls that function by means of the contextual touchscreen when players are enjoying the game in handheld mode, which is unusual, especially for games with otherwise commonplace controls.

A New Name for the PC Release

The PC release is called LA Noire: The VR Case Files, and is set to include seven cases from the original game that have been rebuilt specifically for the VR experience on the HTC Vive System. There is no mention of whether or not Oculus Rift support will be included, however.

An Acclaimed Release for L.A. Noire

L.A. Noire was highly praised when it was released, in particular for its motion capture tech which has rarely been improved upon and it remains as cutting edge as the best mobile pokies.

It features an original score, which is set to accompany gameplay, drawing players’ attention at specific times. Like other games published by Rockstar, this game also contains musical tracks that have been licensed, provided by means of a radio within the game. There are more than 30 songs available, including tracks by Louis Armstrong, Ella Fitzgerald, and Billie Holliday.

The team engaged Simon and Andrew Hale to work on the score, as well as Woody Jackson, with the latter having previously collaborated with the team for Red Dead Redemption in 2010. It was recorded at the Abbey Road Studios, and took for its inspiration orchestral scores from 1940s movies.

A Falling Out with the Original Developer

Rockstar parted ways with the original developer, Team Bondi, and the latter is no longer operational, so the possibility of a sequel has never been on the cards. What is most surprising about the remaster, however, is that the news was actually leaked a little over two months ago: an unusual occurrence for the typically unassailable Rockstar.

Another interesting aspect is the support being supplied for the Nintendo Switch –L.A. Noire is not really the kind of family-fun you would expect to see on this system. Rockstar has partnered with Nintendo before, most memorably with the gifted Grand Theft Auto: Chinatown Wars, on DC, but whether this promises further pronouncements is anyone’s guess.