Breathtaking photos of one of the world’s last uncontacted tribes – EpidemicFun.com Skip to content 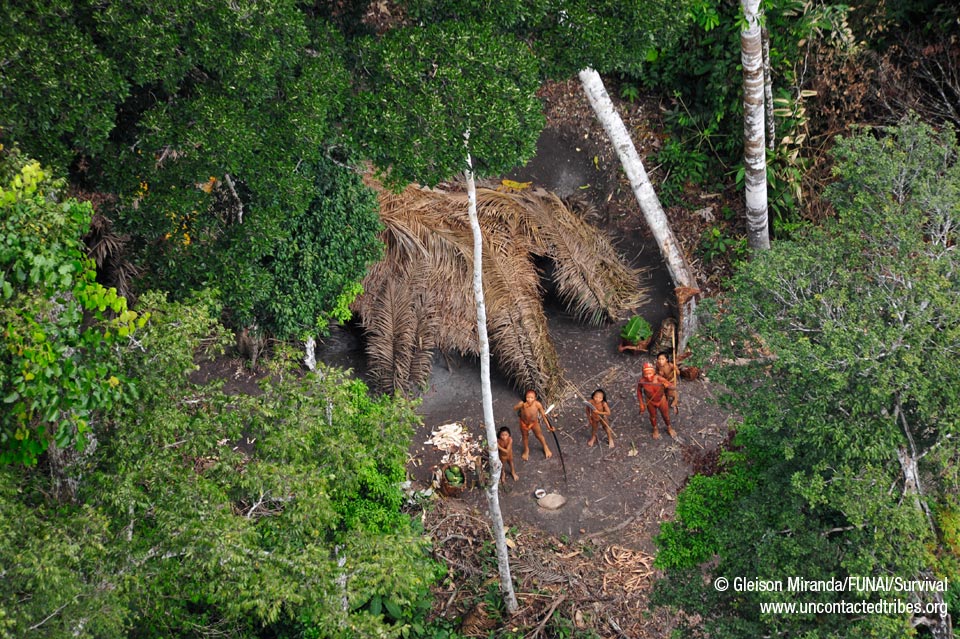 New photos obtained by Survival International show uncontacted Indians in never-seen-before detail. The Indians are living in Brazil, near the Peruvian border, and are featured in the ‘Jungles’ episode of BBC1’s ‘Human Planet’ (Thurs 3 Feb, 8pm, UK only).
The pictures were taken by Brazil’s Indian Affairs Department, which has authorized Survival to use them as part of its campaign to protect their territory. They reveal a thriving, healthy community with baskets full of manioc and papaya fresh from their gardens.

The tribe’s survival is in serious jeopardy as an influx of illegal loggers invades the Peru side of the border. Brazilian authorities believe the influx of loggers is pushing isolated Indians from Peru into Brazil, and the two groups are likely to come into conflict.
Survival and other NGOs have been campaigning for years for the Peruvian government to act decisively to stop the invasion, but little has been done. 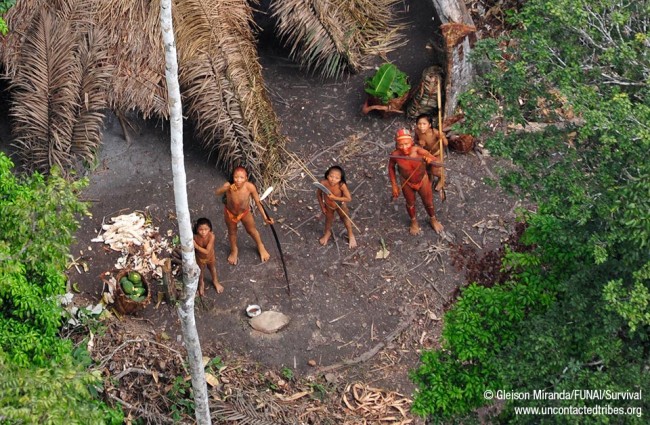 Last year an American organization, Upper Amazon Conservancy, carried out the latest of several overflights on the Peru side, uncovering further evidence of illegal logging in a protected area.
Marcos Apurinã, Coordinator of Brazil’s Amazon Indian organization COIAB said today, ‘It is necessary to reaffirm that these peoples exist, so we support the use of images that prove these facts. These peoples have had their most fundamental rights, particularly their right to life, ignored … it is therefore crucial that we protect them.’
Renowned Brazilian Indian leader Davi Kopenawa Yanomami said today, ‘The place where the Indians live, fish, hunt and plant must be protected. That is why it is useful to show pictures of the uncontacted Indians, for the whole world to know that they are there in their forest and that the authorities must respect their right to live there.’ 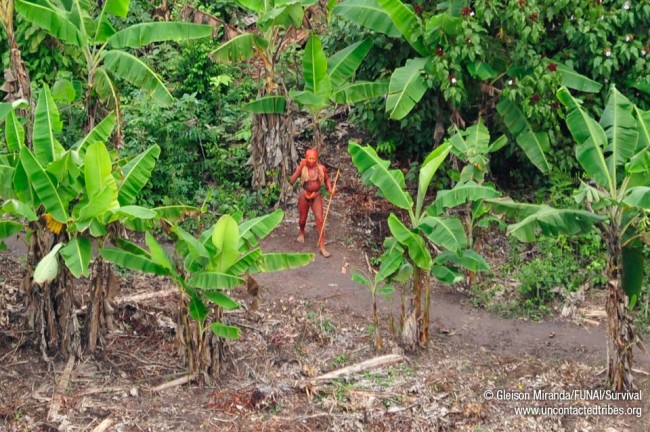 Peru’s Amazon Indian organisation AIDESEP issued a statement saying, ‘We are deeply troubled by the authorities’ lack of action… despite complaints from Peru and abroad against illegal logging, nothing has been done.’
TV presenter Bruce Parry of hit TV series Tribe said, ‘Protecting the land where uncontacted tribes live is of global importance. We have consistently failed to introduce them to our world without inflicting terrible traumas. It is for them to decide when they want to join our world. Not us.’ 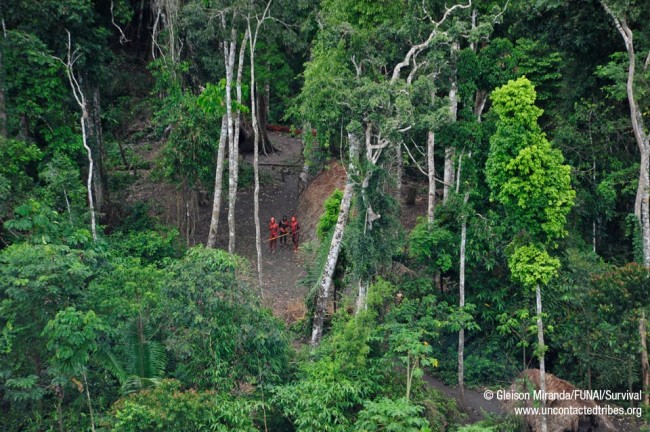 Survival’s Director Stephen Corry said today, ‘The illegal loggers will destroy this tribe. It’s vital that the Peruvian government stop them before time runs out. The people in these photos are self-evidently healthy and thriving. What they need from us is their territory protected, so that they can make their own choices about their future.
‘But this area is now at real risk, and if the wave of illegal logging isn’t stopped fast, their future will be taken out of their hands. This isn’t just a possibility: it’s irrefutable history, rewritten on the graves of countless tribes for the last five centuries.’

These pictures can be reproduced provided the following link is included: http://www.uncontactedtribes.org/brazilphotos. Contact mr@survivalinternational.org for high-res versions.