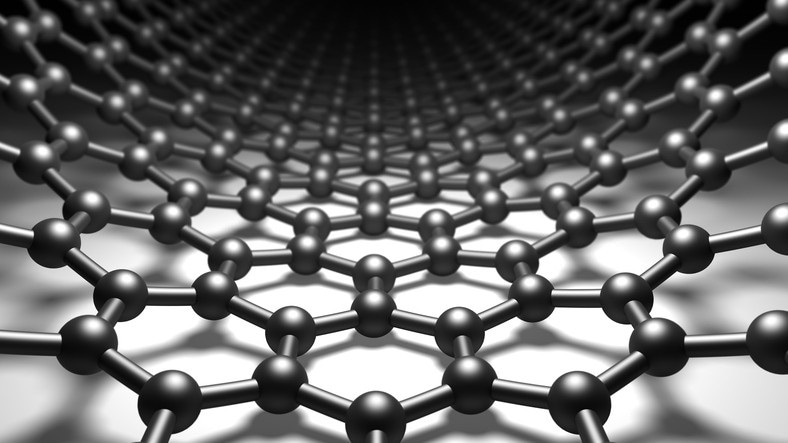 Graphene is a super substance which has taken the world of technology by storm. The latest experiments with it involves graphene enhanced super spider webs.

The Power of Graphene

There has been a lot of hype in the world of technology lately around the newly discovered super substance, graphene.

Graphene is made of the substance graphite, but is a sheet of a single layer of graphite atoms. Graphite has been around since the dawn of time, with instances of its use showing up in history as early as the Neolithic age. It consists of the same atoms as the substance carbon, but the atoms are arranged differently, giving graphite completely different properties to carbon.

How Was Graphene Discovered?

Ironically this super substance was discovered not using highly advanced technological equipment such as that that powers NZ casinos online, but with a simple roll of scotch tape.

In 2004, Andre Geim and Konstantin Novoselov (both scientists at the University of Manchester) were applying the technique, “mechanical exfoliation” to a large piece of graphite. Simply put, they were using a roll of scotch tape to polish the graphite.

During the process, they noticed tiny flakes of graphite sticking to the tape, and this led them to wonder how thin they could get a single flake.

They continued to polish away until they were left with a single layer of graphite resulting in the discovery of what is now known as graphene.

The properties of graphene are astounding scientists around the world. Despite being as thin as it is, it’s 100 times stronger than steel and it is known to conduct heat and electricity better than any other type of matter. It’s versatility and flexibility gives it potential to be highly useful in a wide variety of industries.

Since the initial discovery of graphene, scientists all over the world have flocked to investigate its properties, and apply its myriad of uses to different fields. Recently a group of Italian scientists from the University of Trento, came up with the idea to combine one of nature’s strongest substances i.e. spider’s webs, with one man’s strongest created substance, graphene.

Knowing that spiders have biominerals in their makeup which assists which gives them huge strength in their jaws, teeth and mandibles, these scientists fed a group of spiders a mixture of graphene and carbon nanotubes in water.

Although it is not known exactly how, the spiders somehow incorporated the graphene into their existing webs and produced a graphene infused web that was measured to be at least 5 stronger than normal. It would appear however, that without a constant diet of graphene infused water, these spiders would go back to producing normal silk as before.

This graphene super silk has the same amount of strength as the material used to make bulletproof vests, and could be used in the production of parachutes and other netting capable of catching a falling human.

Although the amounts of silk spun in this experiment are only in the stages allowing proof of the potential of the experiment, the quality of the silk makes it a worthwhile endeavour to pursue. The leader of the experiment, Nicola Pugno and her team are exploring the possibilities of housing millions of spiders and feeding them graphene infused water, thus producing tons of this enhanced silk.

Producing super webs is not the only application of this theory that is theoretically possible. The same process of integration of reinforcements applied to other animals and plants is also being explored, in fact the same process has been applied to silkworms, with similar results. The silk produced by these graphene-fed silkworms proved to be at least 50% stronger than normal silk, before it broke.

Although these super spiders may seem like something out of a Marvel comic book story, or as advanced as the hi tech wearables that may have seemed space age just a few short years ago, it would seem that the future is upon us, with the possibilities of graphene and its capabilities opening more and doors. It’s fascinating to think what will be discovered next!