5 Reasons Super Bowl 2017 Was the Best So Far – EpidemicFun.com Skip to content 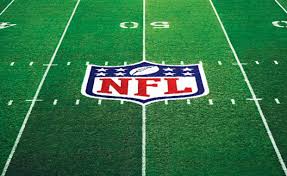 The Super Bowl of 2017 is sure to go into the history books as one of the best there ever was. No matter which team you may have supported, there is no doubt that the game kept you on the edge of your seat. There were broken records and heartrending moments, and this article outlines the top 5 reasons that the Super Bowl LI has earned the place it has.

1. The Coin Toss was Performed by Former President Bush

George H. W. Bush was brought on to the field with his wife Barbara and the respect with which these two major players in the world of American politics were received was something to be seen.

2. The Patriots Made the Biggest Comeback in the History of the Game

The Patriots’ return from a point deficit of 25 in order to win the Super Bowl in overtime broke all previous records. When the 3rd quarter began, the Falcons were in the lead with 21 – 3, but fans that thought the race was won were stunned by the comeback accomplished by the Patriots.

Punters who made use of online betting sites in order to lay wagers on the game’s outcome saw a pretty penny as thanks for the support of the Patriots.

Despite rumours that she would be making an anti-Trump spectacle with her show, Lady Gaga kept her cool and astonished everyone with an incredible performance, beginning with a wonderful rendition of our national anthem. This accomplished, she leaped off of the building and began to entertain with some of her most well-known songs, ending it all with a well-deserved mic-drop.

4. The First Super Bowl Game to Go into Overtime
Despite having 50 games preceding it, this Super Bowl was the first one to ever go into overtime. The Patriots proudly scored the 1st and only drive during overtime and went on to win as a result.