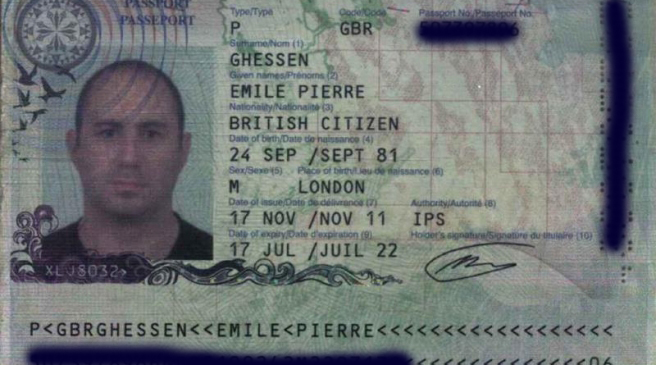 Yesterday TheSun posted that their investigator passed from Turkey to Paris without his passport examined by anyone. Today, Croatian police announced a scan of his passport with the data when he was recorded. Croatian border police registered Emile Pierre Ghessen 11/23/2015 at 14:10 (2:10pm) at the railway border crossing Tovarnik when entering the Republic of Croatia.and than 11/24/2015 at 17:20(5:20pm) hours recorded at the airport border crossing Zagreb (airport Pleso) at the exit of the Republic of Croatia.

Emile Pierre Ghessen he left the Croatia by plane, some countries he only saw from the plane. Why TheSun publish such stories? Whose interests is it that Europe fears? TheSun hides his lie of his readers, TheSun deletes all Croatian comments from their Facebook page, but a lie is a lie!
Emile Pierre Ghessen – liar, not a journalist!

Update: Thanks to our readers The Sun published Clarification:

In an article of 5th December, headlined “6 days to terror”, we published the diary of Emile Ghessen, a freelance documentary maker and former Royal Marine, who said that he had smuggled himself from Turkey to Paris without using a passport.

We have since learned that we were misled about his conduct during his journey. Contrary to what we were told, and published, Mr Ghessen used his passport to enter and leave the Croatian city of Zagreb. This has been confirmed by the Croatian authorities. We also now believe that he made use of his passport at the other border points within Europe. His story did not, therefore, demonstrate that the borders of Europe had lax controls.

We apologise for publishing misleading information. We have now changed our policy regarding the use of freelance journalists in stories such as these.