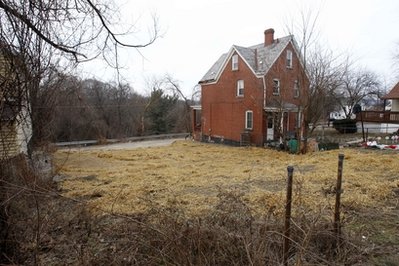 Andre Hall went away for the holidays and when he returned, he was in for the surprise of his life. The Pittsburgh home he had spent weeks fixing up and restoring had been demolished by mistake.
Associated Press reports the home had been condemned but the city had issued an order halting demolition after Hall bought it in November. The head of the city’s Bureau of Building Inspection says the house next door was supposed to be taken down but the contractor demolished Hall’s home as well.