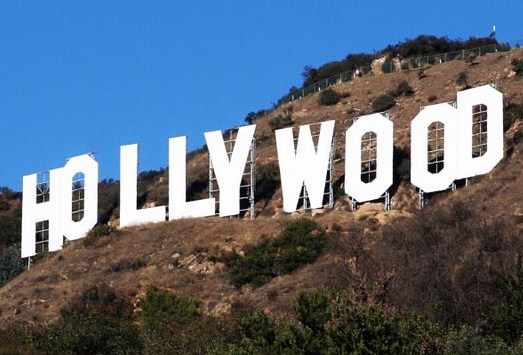 Looking back over the year, that 2009 was a great year for small films that said big things, while Hollywood enjoyed huge commercial success but appeared to have nothing to say. The long-awaited release of Avatar signalled a change in format, yet did not change the way we see the world. Here’s selection of the Top 10 blockbuster films Hollywood has to offer us in 2009.

“The Blind Side” depicts the remarkable true story of Michael Oher, a homeless African-American youngster from a broken home, taken in by the Touhys, a well-to-do white family who help him fulfill his potential. At the same time, Oher’s presence in the Touhys’ lives leads them to some insightful self-discoveries of their own. Living in his new environment, the teen faces a completely different set of challenges to overcome. As a football player and student, Oher works hard and, with the help of his coaches and adopted family, becomes an All-American offensive left tackle.
Genre: Sport, Drama
Starring: Sandra Bullock, Tim McGraw, Kathy Bates, Quinton Aaron
Director: John Lee Hancock
Release date(s): November 20, 2009
Distributed by Warner Bros.

Manny, Sid, Diego, and Ellie are back in this third film in the computer-animated Ice Age series. With those creatures in starring roles, fans also get another dose of the vocal talents of Ray Romano, John Leguizamo, Denis Leary, and Queen Latifah, who are joined by SHAUN OF THE DEAD’s Simon Pegg. In ICE AGE: DAWN OF THE DINOSAUR, Manny and Ellie are expecting their first baby, while Sid the sloth tries an unconventional way of starting a family that gets him into trouble. With all this talk of babies, Diego might be losing his saber-toothed edge, but a journey to save Sid may just turn the whole group into heroes. In addition to all that adventure, it wouldn’t be an Ice Age film if Scrat weren’t on a desperate hunt for an acorn, but he might get distracted by a shapely female squirrel.
Genre: Animation, Action, Adventure, Comedy, Family, Romance
Starring: Ray Romano, John Leguizamo, Denis Leary, Queen Latifah
Director: Carlos Saldanha
Release date(s): July 1, 2009
Distributed by 20th Century Fox

When a radioactive meteor hurtles into Susan Murphy (voiced by Reese Witherspoon) on her wedding day, she is transformed into a towering, platinum-haired giant. Taken away by the government and dubbed “Ginormica,” Susan is introduced to other scientific oddities, including the amphibious Missing Link (Will Arnett), the dim blob B.O.B. (Seth Rogen), and the brilliant, bug-headed Dr. Cockroach (Hugh Laurie). These “monsters” are released from captivity when a massive alien robot sent by the scheming Gallaxhar (Rainn Wilson) appears in San Francisco and clearly does not come in peace. With little time to adjust to her new stature, Susan must learn to work with her strange allies to avoid an all-out extraterrestrial invasion. Co-directed by Rob Letterman (SHARK TALE) and Conrad Vernon (SHREK 2) for DreamWorks Studios, this enjoyable animated production riffs on 1950s sci-fi movies while also playfully referencing everything from DR. STRANGELOVE to CLOSE ENCOUNTERS OF THE THIRD KIND. The vocal talent, which also includes Stephen Colbert as a daft, keyboard-playing American president, is top-notch, adding plenty of personality to the super-sized visuals and eye-popping effects. Conveying an easy-going sense of humor that will delight kids and amuse adults, MONSTERS VS. ALIENS is fun family fare that is sure to leave everyone thoroughly entertained.
Genre: Animation, Action, Comedy, Family, Sci-Fi
Starring: Reese Witherspoon, Hugh Laurie, Will Arnett, Seth Rogen, Kiefer Sutherland, Rainn Wilson, Stephen Colbert, Paul Rudd
Director: Conrad Vernon, Rob Letterman
Release date(s): March 27, 2009
Distributed by Paramount Pictures

Those prepared to hate the reboot of STAR TREK–whether they’re diehard fans or those in the anti-sci-fi camp–may be convinced to lower their shields after seeing this fun, action-filled film. Best known for creating mythology-driven series like LOST, J.J. Abrams has imbued his version with the elements that have made his shows such mind-bending entertainment while still keeping the soul of the saga intact. STAR TREK begins with an attack by an impossibly advanced Romulan ship captained by the tattooed, snarling Nero (Eric Bana). Among the survivors is the infant version of James T. Kirk (Chris Pine), who grows up to wreak havoc on the Iowa countryside. When Captain Christopher Pike (Bruce Greenwood) meets an adult Kirk, he encourages him to join Starfleet, giving him the opportunity to meet Spock (Zachary Quinto), Uhura (Zoe Saldana), and the rest of the characters audiences have loved for decades. Abrams has assembled a fine cast who seem to be aware of their predecessors but never resort to impressions. Both Quinto and Pine do a fine job with their portrayals of Kirk and Spock, and Karl Urban couldn’t be better as Leonard McCoy. The supporting players–Simon Pegg (Scotty), John Cho (Sulu), and Anton Yelchin (Chekov)–all capture the essence of what drove their characters, though their screen time is limited. STAR TREK manages the nearly impossible: it pleases hardcore fans with plenty of in-jokes and references (and an appearance by the original Spock, Leonard Nimoy), but it doesn’t alienate newcomers with tons of technobabble. The action and effects rank with any other top-tier summer blockbuster, but there’s plenty of humor to balance the excitement. For anyone who (wrongly) felt he had to hide his trekker tendencies, this undeniably cool version of STAR TREK offers a chance to wear the “geek” label with pride.
Genre: Action, Adventure, Sci-Fi
Starring: Chris Pine, Zachary Quinto, Eric Bana, Bruce Greenwood, Karl Urban, Zoe Saldana, Simon Pegg, John Cho, Anton Yelchin, Ben Cross, Winona Ryder, Leonard Nimoy, Chris Hemsworth
Director: J.J. Abrams
Release date(s): May 8, 2009
Distributed by Paramount Pictures

From Disney•Pixar comes Up, a comedy adventure about 78-year-old balloon salesman Carl Fredricksen, who finally fulfills his lifelong dream of a great adventure when he ties thousands of balloons to his house and flies away to the wilds of South America. But he discovers all too late that his biggest nightmare has stowed away on the trip: an overly optimistic 8-year-old Wilderness Explorer named Russell.
Genre: Animation, Adventure, Comedy, Family
Starring: Ed Asner, Jordan Nagai, Christopher Plummer, John Ratzenberger, Bob Peterson, Delroy Lindo, Jerome Ranft
Director: Pete Docter
Release date(s): May 13, 2009
Distributed by Walt Disney Pictures

Though HARRY POTTER AND THE PRISONER OF AZKABAN director Alfonso Cuaron still holds the crown for best film in the series, David Yates is making an attempt at a coup with HARRY POTTER AND THE HALF-BLOOD PRINCE. Dark, gleefully funny, and beautifully shot, this adaptation of J.K. Rowling’s novel should please fans despite numerous changes to the 650-page source material. In this sixth film in the series, Harry’s (Daniel Radcliffe) inevitable confrontation with the dark wizard Voldemort grows closer, and Hogwarts headmaster Dumbledore (Michael Gambon) wants the young student to be prepared. He guides Harry through a memory of a young Voldemort, but an important moment is missing. Harry must extract this memory from the new Hogwarts teacher, Horace Slughorn (a perfectly slimy Jim Broadbent), who is as eager for fame as he is reluctant to revisit this painful moment. Meanwhile, romance rules the school of witches and wizards, with Hermione (Emma Watson) and Ron (Rupert Grint) refusing to admit their feelings for each other. Harry also harbors a secret love of his own: Ron’s younger sister, Ginny (Bonnie Wright). But despite his crush, Harry keeps an eye on Snape (Alan Rickman) and Draco Malfoy (Tom Felton), who may be responsible for attacks on the school. HALF-BLOOD PRINCE deftly balances the humor of Hogwarts heartbreak and the thrills of dark villains attacking the school. The cast is as talented as ever, and the youngest members–Radcliffe, Grint, and Watson–have developed their talent well. However, this film is most remarkable for its fine cinematography from AMELIE director of photography Bruno Delbonnel. Using a muted palette, Delbonnel makes Hogwarts look hauntingly beautiful in a way that fans have never seen. There’s always plenty of fun and adventure in the series, but this entry boasts impressive visuals as well.
Genre: Action, Adventure, Family, Fantasy, Mystery, Romance
Starring: Daniel Radcliffe, Rupert Grint, Emma Watson, Tom Felton, Michael Gambon, Jim Broadbent, Helena Bonham-Carter, David Bradley, Bonnie Wright, Robbie Coltrane, Warwick Davis, Alan Rickman, Maggie Smith, Helen McCrory, Hero Fiennes Tiffin
Director: David Yates
Release date(s): July 15, 2009
Distributed by Warner Bros. Pictures