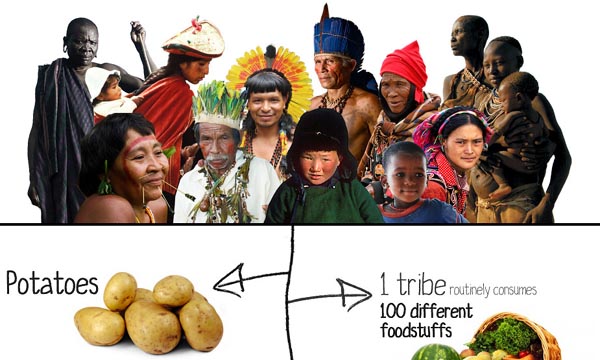 The lazy racism which describes tribal people as ‘primitive’ and ‘backwards’ is now being challenged wherever it occurs. Like all human societies, theirs are constantly changing and developing. Accusations of savagery are as wide of the mark as doomed attempts to ‘preserve’ living cultures.
In fact, tribal people are the original scientists. They developed many of the planet’s staple foods – crops which feed billions of people today. And without their botanical knowledge, many vital medicines might never have been developed.