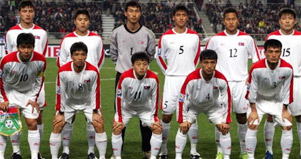 North Korea have been told by Fifa that Kim Myong-won will only be able to play as a goalkeeper in the World Cup and not in his usual role as a striker. The North Korean coach, Kim Jong-hun decided to name only two regular goalkeepers in his squad with Kim, who plays for Amrokgang, as the back-up. 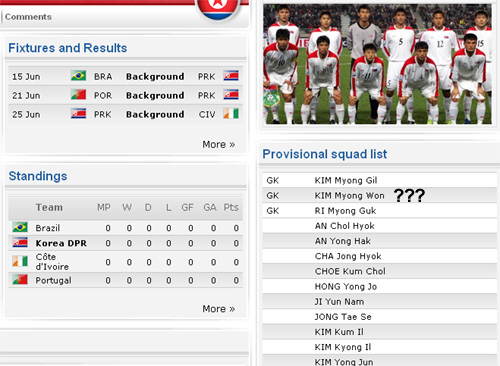 It was seen as an attempt to boost the nation’s attacking options as they prepare to face Brazil, Ivory Coast and Portugal in Group G.
However, the move has backfired spectacularly after Fifa confirmed that Kim will only be allowed to play as a goalkeeper, not as an outfield player. Unless there is an injury, no changes will be permitted to their final squad.

FIFA said: “The squad lists that the teams had provided to Fifa by 1 June 2010 are final and can no longer be changed. On the final lists must be no more than 23 players, three of whom shall be goalkeepers. The only exception is in the case of a serious injury of a player in the list of 23, who could be replaced up until 24 hours before the first match of the team in the competition.”

“The three players listed as goalkeepers can only play as goalkeepers during the World Cup and cannot play outfield. This will be communicated to the teams in the team arrival meetings and will be enforced on match days.”

“Kim Myong-won will not be allowed to play as an outfield player if he has been put on the list as a goalkeeper.”