8 Ways to Prepare For the 2012 Apocalypse – EpidemicFun.com Skip to content 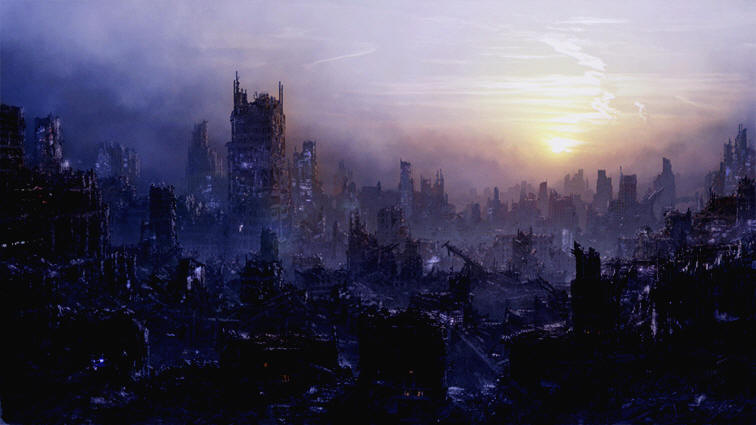 In case you haven’t heard, the year 2012 has been predicted to be a game changing year for our planet. The Mayan calendar does not go past the year 2012, leading plenty of logical people to believe that the end of civilization is right around the corner. Although there will be some vindication for crazy folk who rant all day about the apocalypse, the vast majority of humans are generally bummed out about this horrible prediction.

So is this the real deal apocalypse or just another Y2K?

I’m not Mayan, so I can’t say for sure, however, the government is certainly spending money like there is no tomorrow.

Here are some tips that the average person can use to prepare for the 2012 Apocalypse:

Step 1: STOP SAVING FOR RETIREMENT!
Instead of making your 401K provider rich so they can live it up over the next two years, just stop contributing now. Take that “found” money and invest in activities and products that you once thought were foolish. For example, you could take off work some random Tuesday, enjoy a few whiskey sours, take the bus to the mall and have some fun. Buy that new mp3 player, chase the teenagers at the mall with a cool new Nerf product all while wearing a funny novelty t-shirt under your Snuggie? The Chinese make this stuff for our enjoyment. It would be rude and offensive to their culture if we did not splurge.

Step 2: QUIT SAVING FOR YOUR KID’S COLLEGE TUITION
Again, the logic is fairly obvious. If your child is currently in college or will be attending over the next two years, you should still pay tuition. Why deprive your child of a 4 year party if you don’t have to? Just make sure your bundle of joy doesn’t stress about grades and classroom attendance. If your offspring is not college age, drain that 529 account and reenact the scene from The Toy.

Step 3: QUIT BITING YOUR TONGUE
Time is limited so don’t hold anything back. Let people know that they are rude when they stand in line and make you listen in on their cell phone conversation. Leave a nasty message for your state representative. Tell a teenager to pull up his pants and tie his shoes. Flip off drivers that pass in the right lane or have an excessive amount of tint.

Step 4: DON’T GET THE EXTENDED WARRANTY
Tell the sales representative that your recent purchase is going to burst into flames due to a solar blast in two years, and you can’t justify the additional expense. (remember you’ve got Snuggies to buy) If that does not get them to quit their sales pitch, mention that you are simply buying the item to stimulate the economy and you plan on taking a sledgehammer to the product once you get home. Since you cannot take a sledgehammer to a warranty, you would rather pass on their enticing offer.

Step 5: SIN, REPENT, REPEAT
Think of the year 2011 as the “day before you go on a diet.” This is the year that you super size that value meal, let it all ride on red, curse like a sailor, and lie your butt off. Throw in a few confessions to play it safe and repeat.

Step 6: STOP USING Twitter AND Facebook
Again, time is precious and as much as you want to believe it, nobody gives a rat’s tail that you are, “Excited for the upcoming long weekend” or that you are “totally stoked 2 c avatar 2nite.” Also, when your local VCR repair company and Buick Dealership asks you to follow them on Twitter and Facebook, it’s just not cool.

Step 7: DON’T BUY FROM ANY COMPANY THAT SAY’S THEY ARE GOING GREEN
If the earth’s axis is going to be upside down in two years, why would you care about your carbon footprint today? As Flavor Flav once said, “Don’t believe the hype.” When most companies say this, they really mean that they are going after the green in your wallet. The grocery stores are a great example of how I went green and felt dumb. They have managed to get us to buy grocery bags (something that they give away for free) while simultaneously convincing us that we are both saving the earth. These marketing clowns would promote clubbing baby seals if they thought it was en vogue.

Step 8: DO NOT PREPARE A SURVIVAL SHELTER
You need to ask yourself a question. Would you rather be evaporated in a nanosecond or stuck in some smelly underground shelter listening to the remaining survivors say, “I wonder what’s going on up there?” Even if you made it and emerged, would you really want to be around to see all that carnage and draw straws to see which survivor is dinner? It’s better to go fast and move on to the after party in heaven. Or hell, if you took things a little too far in 2011.